Sports and video games have always had a close relationship. if there’s a sport out there then there’s probably a video game version of it.

So when Urban Sport Club, a fitness flat-rate, approached us to help gamify their latest ad campaign promoting climbing sports, a major conversion trigger, we knew we could build something that truly captivated their audience.

The aim was to create a simple, fun and sticky (and by that we mean, addictive) game. Almost as much fun as it would be to exercise in your sleep (what science’s status on that, btw?).

To raise the stakes, Urban Sport Club, incorporated a challenge and prize element to the campaign. The three top players in the leaderboard would win 3 months of Free Urban Sports membership. Now, the incentives behind playing the climbing game had suddenly evolved beyond just bragging rights into actual real world prizes! The digital world can now have real world implications. In this instance, from a user’s perspective, you could actually win something not based on luck but rather on your skill at the game! This way, Urban Sport Club’s unique brand image and value proposition were able to stand out in the congested marketing seas. More importantly, they were able to create an interactive game that generated organic growth. Logic behind it? people like to share their achievements. So, why not let your audience be your biggest promoter? 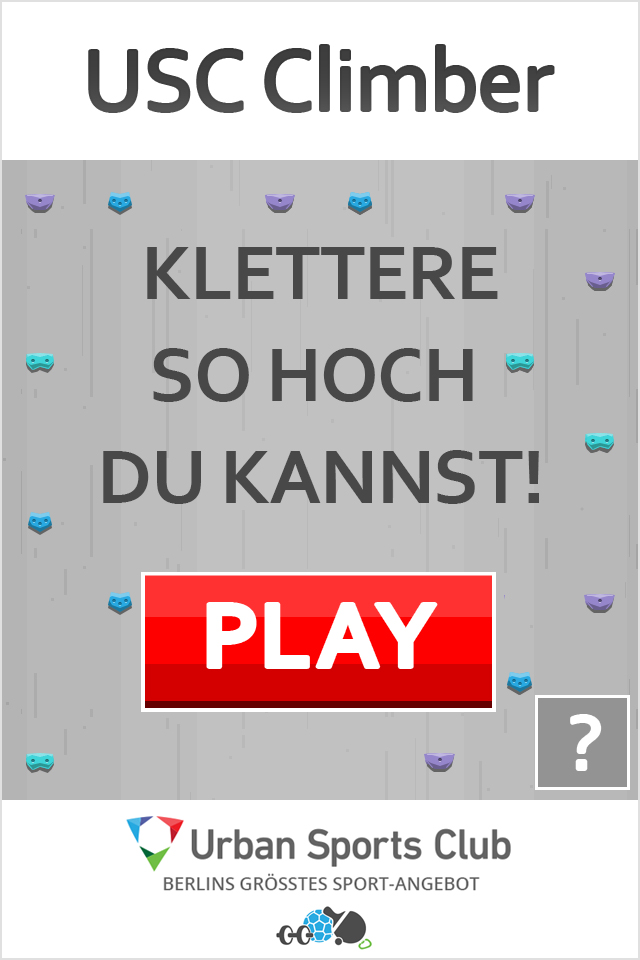 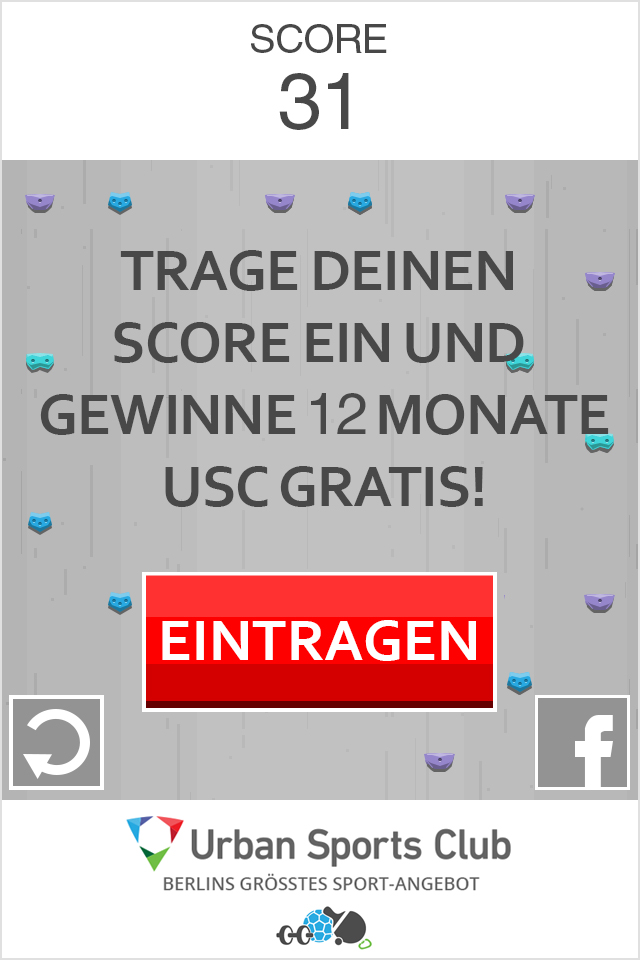 What was Urban Sport Club benefit from Game Ads? Increased engagement and the ability to capture a new audience that’s normally put off or not drawn to traditional marketing communications. By providing Game Ads, they were able to give their audience something fun, naturally engaging and even authentic (meaning that no claims were made that weren’t transparent or easy to deliver).

The top 3 players weren’t the only winners. As a result of the high engagement rate, Urban Sports Club was able to capture the leaderboard players data and add it to their existing vivid community. Now, that’s a win-win!

The game was a hit. Users were highly engaged, playing the game over 3 times. The top players, were so hooked, playing over 25 times, with scores as high as 500! 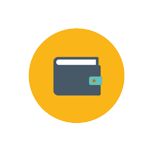 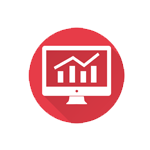 Click here to start your next game campaign now!